The Early Black Friday Deals Flyer Leak is available and you can get a preview of the deals to start tomorrow.

The special Pre-Black Friday deals are valid for 4 days only, but the majority of the flyer is in effect until November 28, 2019.

If you’re debating on picking up these deals, rest assured they won’t get any cheaper in 2019! 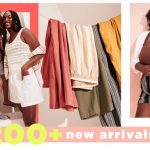