While the threat of contracting the virus in Canada remains low, companies are taking preventative steps to help protect their customers & employees.

One of these changes is the temporary halting of the acceptance of Reusable Cups. Yesterday, March 5th, Starbucks & Second Cup both announced they would be ceasing use of customer reusable cups as well as ceramic in-store cups in a bid to help combat the spread.

Stores are also sourcing extra gloves, hand sanitizer and cleaning materials, should they be needed.

For 2020, Tim Hortons announced big changes to the Roll Up The Rim promotion including a big emphasis on sustainability. The seasonal contest was scheduled to kick off with Tim Hortons giving away 1.8 Million reusable cups on March 10th. This giveaway has now been postponed until later in the year (date TBD).

Another significant factor was the promise of additional “rolls” through the Tims app when customers ordered a hot beverage in a reusable cup. Tim Hortons has said they will honor these rolls for any guest that brings a reusable cup to the store, purchases a hot beverage and scans their app. However, their drink will be provided in a paper cup.

I’m afraid this isn’t going to go well for Tims. I think they were really hoping this new Roll Up The Rim would boost sales & customer morale, but it seems this might be just another nail in the coffin.. What do you think? Share your thoughts & opinions on the SaveaLoonie Facebook Page. 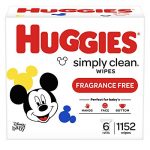 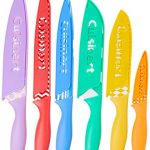