Hey everyone! Just wanted to make a post to tell you all about the experience I had today trying to get the Snuggle Dryer Sheets deal. So I printed out 10 of the coupon so I could get 10 boxes.

Before I went out shopping today, I called each of my 2 local Canadian Tire stores to ask about how many transactions were allowed per person (as you can only use 1 coupon per purchase). I found out that both stores have no limits on transaction numbers.

So I headed out to the first store (Lansdowne St) only to find that they were sold out. The sales associate I spoke with was very friendly and even called over to the other store to check if they had stock so I didn’t waste time driving there for nothing. This store had 53 boxes left in stock. So I head all the way across town to the second location (Chemong Rd).

When I got to the store I had a few other items to purchase so I picked up those things and headed to the laundry aisle and picked up 10 boxes. I went to the cashier and rang my first purchase through (no coupons) with out a problem. I then explained to her that I was going to do 10 seperate transactions on my Snuggle Dryer Sheets and use a coupon for each. She was “in training” so said she needed to speak with someone else because the value of the coupon exceeded the cost of the item. This was fine, so she went to discuss it with the Cashier Manager.

I was origninally told that because the box in the picture looked like a bigger box than the one I was purchasing that the coupon wasn’t valid. I tried to explain to her that because there is no size limit on the coupon that is acceptable for any size. She took this information back to the Cashier Manager and there was still no definative decision there. So after NOT ever getting the opportunity to speak with the Cashier Manager, the Store Manager then came down. I explained the situation to him again and was met with a VERY RUDE response. He said he would have to look into it and wouldn’t let me purchase that many because I would “wipe him out”. I didn’t understand this so I asked him “So if I were to bring 10 boxes up and pay cash for them I wouldn’t be allowed?” I wasn’t aware that there were limits on how many items you were allowed to buy! Not to mention this is why I called the store in the first place! I never did receive an answer to that question from him. He then left with a box of the Snuggle and one of the coupons. After 10 minutes he finally came back and said that because the item was already on sale that the coupon could not be used. And I was only allowed to do one transaction either way. I explained to him I called earlier and even gave him the name of the associate I spoke with about transaction limits and he seemed to have little interest in that.

He said to come back when the sale was over and pick up a box. I muttered something I won’t repeat under my breath and left the store without a single box. Needless to say, I am very disappointed and hope others have better luck with this offer. If not, the coupon is good until December 2011 so I’m sure another store that actually accepts coupons consistently will have the same deal soon! 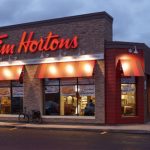 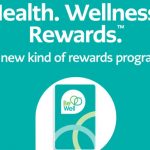